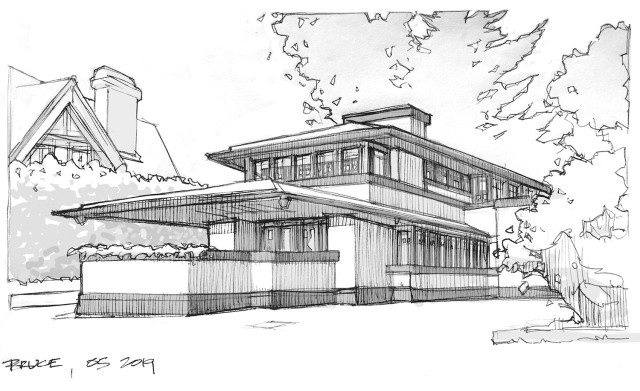 While in Rochester, got to see this – a Frank Lloyd Wright house (the Boynton House) of which I was unaware. It’s not far from the George Eastman Museum. I sketched this at home as it is a private home and the people who live there deserve their privacy and our respect (and probably didn’t need me sitting on the sidewalk with my sketchbook for an hour…). Apparently they bought it in the early 2000s and spent a fortune restoring it.

There is apparently a documentary on the restoration by New York Public Broadcasting channel WXXI entitled “Frank Lloyd Wright’s Boynton House: The Next Hundred Years”. It is available on youtube. 🙂